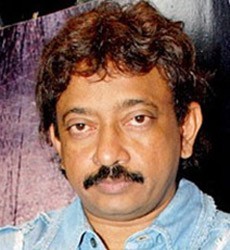 Ram Gopal Varma is also a famous writer and producer, he was born on the 7th of April 1962 in India.

Most of the films which Ram Gopal Varma written and directed were psychological thrillers and underworld action movies.

He also directed and wrote few bollywood musical films and in many languages such as Telugu and Hindi.

Phoonk is another great movie which directed in the year 2008.

Help us improve this page:   Correct or update the Ram Gopal Varma page