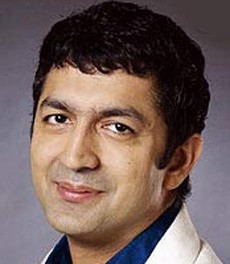 Kunal Kohli is an Indian Bollywood movie director who lives in Mumbai, India.

In 2002, Kunal Kohli directed his first movie under the Yash Raj umbrella, the movie was called Mujhse Dosti Karoge.
The movie starred Hrithik Roshan, Kareena Kapoor and Rani Mukherjee, however the movie did not do very well at the boxoffice.

Help us improve this page:   Correct or update the Kunal Kohli page