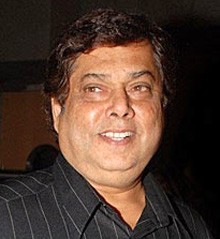 David Dhawan is known for his commercially successful movies of today.

Dhawan films are unpretentious, he makes sure that entertainment is the main focus of his film.

Help us improve this page:   Correct or update the David Dhawan page