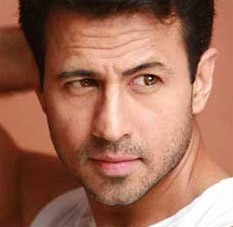 Aryan Vaid is a famous indian model, he was born on the 4th of July 1974. Aryan Vaid was voted as the sexiest man in India.

Aryan Vaid was selected as Mr. India pageant and Mr. International in the year 2000.

Aryan Vaid nude photos which circulated the internet gave him fame as sexy hunk. Aryan Vaid photo with his hands inside his pants, trying to cover his asset, caused a lot of stir among gays in Bollywood.

On the contrary, Aryan Vaid enjoyed that alternate sexuality rumor. He confessed to the press that he is very happy to be a sexy Gay Icon.

Help us improve this page:   Correct or update the Aryan Vaid page