We give you the Top 100 Sexiest Arab Men 2010, a tribute to our handsome Arab men and to the ladies who adore them!
Correction: The most valuable natural resource in the Arab world is not oil like you were made to believe, but rather the hot men!

Our jury has collected for you the hottest Arab studs from the Maghreb, the sexiest modern day Pharaohs and Nubian hunks, the heartthrobs from the Levant, as well as hotties from the Gulf region, all deemed to be the year’s most appealing! Some are plain HOT, others rather cute boyfriend material, some are not even that handsome in a traditional sense, but definitely all of them are sexy in their own way... We also added international stars with Arab blood to the mix, to spice things up a little. We have them in all shapes and sizes; you are bound to find one to your liking. For the girls reading this, who would you like to date? For the guys, who would you rather be when you grow up ;) ?

Please note that the list originally featured more than 126 handsome nominees from all around the Arab World, who competed for the title in a poll that lasted approximately 3 months. Some of the candidates were also suggested by the public. With the help of the online community who supported their favorite candidates by voting and uploading the best photos they had of them, we can now publish the official Top 100 list with the final rankings. We are also featuring some of the best reviews we received from the voters, whom we would like to thank for making this survey possible!

This study actually complements an earlier on we did with female candidates, the Top 100 Sexy Arab Women 2010.

According to the Mayan calendar, the world supposedly ends in 2012 lol! So what better way to celebrate the last turn of a decade than with the ultimate list that regroups the finest and hottest men to ever come out of the Middle East and North Africa?!

As the French would say “et pour finir en beaute” we give you the winners ;)

Bash is officially the most desirable Arab man.

If you don't melt just by looking into his eyes, wait till he gets his guitar and starts playing.

Looking at this hot stud costs you zero calories, so look all you want;) 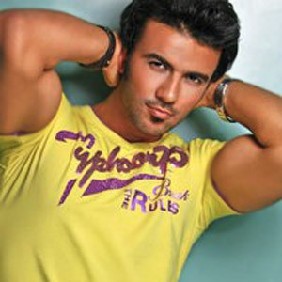 This cutie is said to be the most eligible Arab bachelor.

What do you think girls? 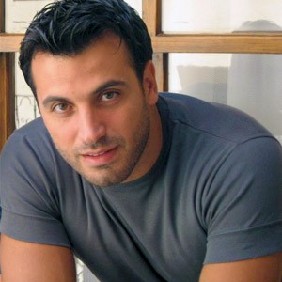 No wonder we have so many women singers! It is also clear now why half of them can't sing lol. Who can learn anything with a teacher this hot!

Aliaa (Egypt)
A prince in manners and attitude, he is intelligent, has a great voice, not to mention he is gorgeous with an athletic body.

Ahmed (Egypt)
He is an amazing man and is always stylish (we agree he is very stylish!)

Mohamed Hossam (Egypt)
He is 100% man and has the best voice in Africa.

Moe(Jordan)
Handsomeness, sexiness, not to mention his amazing pure voice and his amazing songs that you can never stop listening to, as well as watching his incredible video-clips..all in one intelligent man.

Syrjyw Caehll(Canada)
I find it very impressive for one to have such an extraordinary voice and still be that.. ehem, handsome. X3 I think he has shown tons of talent when singing and acting as well..

Imane Lahrache (Morocco)
He has everything a real singer must have: great voice, taste, looks, charisma... Furthermore, he and his voice were always by my side, in the happiest moments as in the most unfortunate.

Elaaf Eldali (Sudan)
I adore him ♥ because he has been my favorite singer since I was 8 years old. Now am 19 and I still love him actually even more than before! Wael is still the same person he was since 1994, and he Never let me down, he always surprises me with his amazing songs, and charming voice, always takes me to another place where it feels like heaven! He is a Legend. He is special and really one of a kind!

Sawsan (Jordan)
He knows how to choose his songs properly, he also has a dreamy voice and has a good character and always not shy about his past to say that his life was difficult before he became famous. He is also a generous man.

Nadiah (Saudi Arabia)
He is a very funny and sexy man. I like his look and everything about him.

Sam del Casablanco (Qatar)
He has good sex appeal with a cute face.

Mustafa Mano (Iraq)
He is a very good singer, charming and very cute.

Photo Credits:
If you are the owner of any of the photographs above, please contact us to add your name and credit your work next to the photo.

Luna Hajj (Lebanon)
Saad has a wonderful voice and a beautiful face especially his amazing eyes, we, the Lebanese, are very proud of him, Go Go Go Saad.

Mimou (Tunisia)
His voice, his smile, his eyes, he is so polite, he is so charming, everything he’s got he is soo perfect.

Netsanet Moges (Norway)
He is handsome, good looking, and the best singer


PS:One of his fans wrote the best review and was awarded with the title of Best Arab Fan.

Esraa Gareb Ali Egypt)
I believe he is the best candidate not just because he is a successful actor that carefully chooses his roles, but also because he gained the love of people from all social classes. More importantly he has a good character from the inside and follows principles and values. I want to note that the selection of any candidate should be based not only on looks but also on his morals and values, and his ability to be successful without renouncing to any of his principles.

Hadeer Magdy (Egypt)
He is a decent artist with beautiful tasteful work,and he is a real man before being handsome, and he does not depend solely on his looks.

Ghada Elrweny (Egypt)
He is very sexy and a gentleman.

Ons Makarem (Egypt)
He is a good actor and a very hot man.

Samar Mohamed (Egypt)
Ahmed is an amazing actor and he is handsome beside having a strong character.

May Assaf (Jordan)
He is so attractive and so smart in picking the roles he plays, besides I feel like he is down to earth and funny, also he represents a good role model for Arab men.

Hassan (UAE)
When I see him I feel like he is in my heart automatically I don’t know why.

This candidate appears in the hottest photos, and was awarded with the title of Mr. Photogenic Arabia.

This hot stud holds the title of Sexiest Saudi Man.

Somnapha Netsawang (China)
No, I don’t like but I love him.

Anonymous (UAE)
I know that all the men in here are good looking, and they are all nice, but what caught my attention is this Prince’s kindness and sweetness. This is why I voted for him as the most handsome and the sexiest between all Arab men.

Balqees batool alsaffar (UAE)
He looks handsome & HE IS OUR SHEIKH & OUR PRIDE.

Maha (Bahrain)
He is Handsome


Siva (Bahrain)
I like his Personality, Style and Dress Coding...

Wisam Zed (Syria)
Everything about him is beautiful, and the best thing in him is his masculinity, and strong character and he is not scared of an honest judgment.

Alireza (Iran)
he is very nice and he has a sweet voice.
Tahany (Palestine)
He is such a beautiful man

Riham (Morocco)
He is very beautiful
fo fo (Syria)
I love his look and he has a nice voice .......(I simply love him) He is the one!
Farah Dbais (Jordan)
He is so beautiful and sexy … amazing

Mohamed Shaif Nafsi (UAE)
He is my role model
Bahiya (Morocco)
I don’t know! He is just perfect I’m speechless I can’t describe him I just love him he’s soo cuute
sos (SaudiArabia)
SO DAMN SEXY <3